The trouble with beauty


Quite a lot of questions have been raised on how ironic it is for the most ravishing beauties to end up with partners not necessarily on par with them in that regard,
Such isn't always the case but its occurrence never ceases to marvel.
Not implying that one doesn’t deserve true happiness based on looks, this is merely an attempt to demystify.
One thing to be realized, the default state of humans is to immediately satisfy wants and to generally be more conversant with what they want as opposed to what they need, that's why we have doctors and shrinks, to confirm what we deeply sensed was best for us, or sensed that we are doing wrong but failed to act on.
Now beauty always tends to penetrate our realm of wants, but is it wise to act on it?
There are shrinks for what to do after having acted on an urge (like "cutting" or suicide alludes to depression)  but rarely if ever,  shrinks to guide on what urges to act on, that's why we have professional marriage counselors and not dating counselors, but then again, it's quite hard to know a mistake until it's happened.
Looking closer at this quandary, it is safe to theorize, choosing a mate,  if people begin to listen to themselves and identify what they need rather than the noiseless screams of their wants, one could see that, the heart and soul, which is the only entity relevant in choosing a mate, does not care much for aesthetics and rather seeks closure, therefore to be complimented.

One could further say, the varying opinion in the general perception of beauty (beauty being a subject continually murdered by variation and lack of consensus) must be due to our natural unspoken preferences generated from our realm of needs governed by the soul, hence beauty is forever domed to be nothing but ones opinion.
True realization of beauty in what others deem unpleasant, is merely a testament to our individual distinction.
In terms of finding a mate.. Or dare i say, soulmate, things such as physical beauty should be regarded as one of the trivialities of the flesh,  so we could postulate that, a genuinely happy pair in which no one understand their basis for attraction, could be just another case in which the trouble with beauty has defeated the logic of attraction,
The trouble with beauty would lie in its perfect subjectivity.

Note :human relationships was used as just an example to illustrate the subjectivity of beauty, one could draw similar inference in a myriad of other occurrences.
- December 01, 2015

Identity
One could theorize that a stagnant catalyst in the building blocks of character and personality is Identity.
The form in which a man projects of himself at his peak, an idea of what you want to be, more or less tempered by what you ought to be. Not to be confused with ambition, for a mans identity is the underlying cause of his external responses depending on whether or not he needs an audience to fully manifest, also the level in which one has placed himself in his community.
Self esteem, environment, background and association all contribute largely to the development of an identity, each one not necessarily existing with out the other.
It might be safe to assume before one can alter any aspect of his personality, one must fine tune his perceived identity to suit the purpose. Identity could even be the title given to the level of a mans self esteem or the sum total/ singular representation of experiences in collaboration with environmental devices. For instance a person who subconsciously takes up the identity of a socially awkward entity would find it hard to relate with others and hence develop relatively thin skin, and heightened sensitivity, in another case, for a person who innately feels like a potential celebrity and is racked with confidence, it would be hard for external devices directed towards demoralizing such people to take effect, perhaps if it emanates from supposed good looks, any attempt to tell them otherwise or how unattractive they are often proves futile. If at all it is truly their identity not a momentary façade.
In a bid to make people see you a certain way, more positively perhaps, it could be advised that in the process of deep introspection one should make positive changes to how they see themselves. 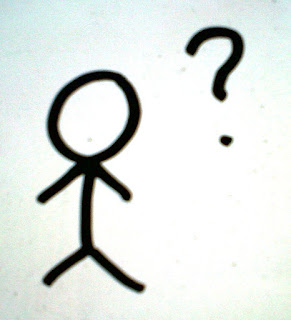 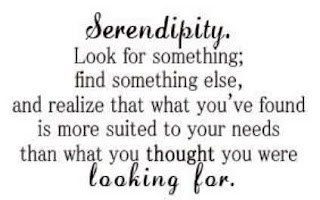 ser·en·dip·i·tous
What is this word.. what is this feeling?
The feeling that follows soon after a bout of envisaging serendipity, it holds but an unending allure, the feeling of unexpected fortune with far more enticing gratification with not the intended effort.. We all secretly hope for serendipity but never do we shift directions towards it, as one would find himself lost amidst failed effort..
We could only wish for serendipity in love as we find ourselves burdened by choices without the alternative of gauging outcome,
This word and its allure in semblance of "Vale" to my heartstrings, how serendipitous for the meaning to hold even deeper fulfilment..
I feel it strong, entangled in my favoured scent, in the bowels of my decadence, perhaps my discovery of this alluring word is serendipity in itself...
- November 13, 2014


Its a possibility that the common conception of The really pretty girls being courted by less attractive guys possesses some element of truth, although the correlation is arguable, some factors do come into play, such as attractive guys having higher tendency to be proud and lack basic moral traits and could be fond of having ladies come to them more easily than normal, therefore at the point at which they choose to settle down with an equally attractive lady with high standards and a moral code, she could find the male conceited, due to his antecedent, he might expect her to succumb as easy as his temporary affairs in the past, whilst she demands respect, and patience in courting, which the male may not be accustomed to. This could mean, the less attractive male not accustomed to overt female attention would operate in the opposite fashion. But obviously the exception comes with proper upbringing and lack of exposure to environmental ills which could corrupt said male in both cases.
- November 13, 2014

Great Minds
Perhaps its impossible for people who practice the same craft to converse profitably..
Because when they find someone else possibly knowledgeable in their craft about their discoveries or accomplishments, they both come up with a myriad of ideas to astound one another with neither actually listening, for before one completes a sentence on his findings the other recalls something similar he has discovered then likely interjects.
But if a parties personality is one of a habitual listener, this could be circumvented.
- November 13, 2014

Exaggerated Personas
It pays to be real.. in some cases when you meet someone you tend to be spell bound and enchanted based on some dazzling or generally out-of-the-ordinary character traits said person exhibits, but after a while the enchantment dies down, quicker than it does with most people. It could be as a result of a particular habit where one tends to exhibit false or circumstantial traits sometimes for the purpose of public amusement, it could be regarded as an exhibitionist trait which could most likely be found amongst extroverts. It makes one easily likable but at the same time doesn't constitute a foundation for a lasting friendship, even worse if the momentary exhibitionist trait was the basis for the friendship, hence one should try not to exaggerate their persona and avoid letting the presence of an audience be the catalyst of their personality.
- November 13, 2014 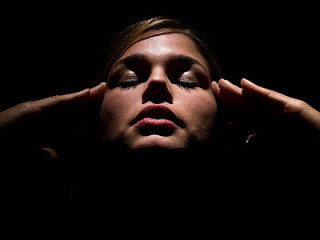 It is possible that the skill of effective concentration could stem from not being too conscious of ones immediate surroundings. So to say, someone extra conscious of appearance and attaches great importance to peoples perception of them tend to give a good portion of their thoughts to appear "correct" in the sight of others, even when full concentration is required they take great care to keep looking in a correct manner whilst undergoing mentally tasking activities contributing to generally lower concentration stemming from divided attention, it could be safe to assume that those who actually don't care much for such have a greater ability to focus more when required, depending on their mind-sets.
It could also be a result of them not taking into too much consideration things extraneous to any given task/activity, hence might be able to condone sounds, noise or otherwise in the process of consideration.
In a sense It could be likened to a subdivision of character traits; those who are fond of frequently analysing actions and occurrences, extraneous or otherwise I.E "reading meaning into things", then those who devote such mental process to only what they deem fit.
- November 13, 2014

The trouble with beauty

Quite a lot of questions have been raised on how ironic it is for the most ravishing beauties to end up with partners not necessarily on pa...

GET YOUR VERY OWN ARTICLE!

I discovered the beauty of disctinction